Interview with Mr. Raphael Cohen who is the main electrical and mechanical consultant 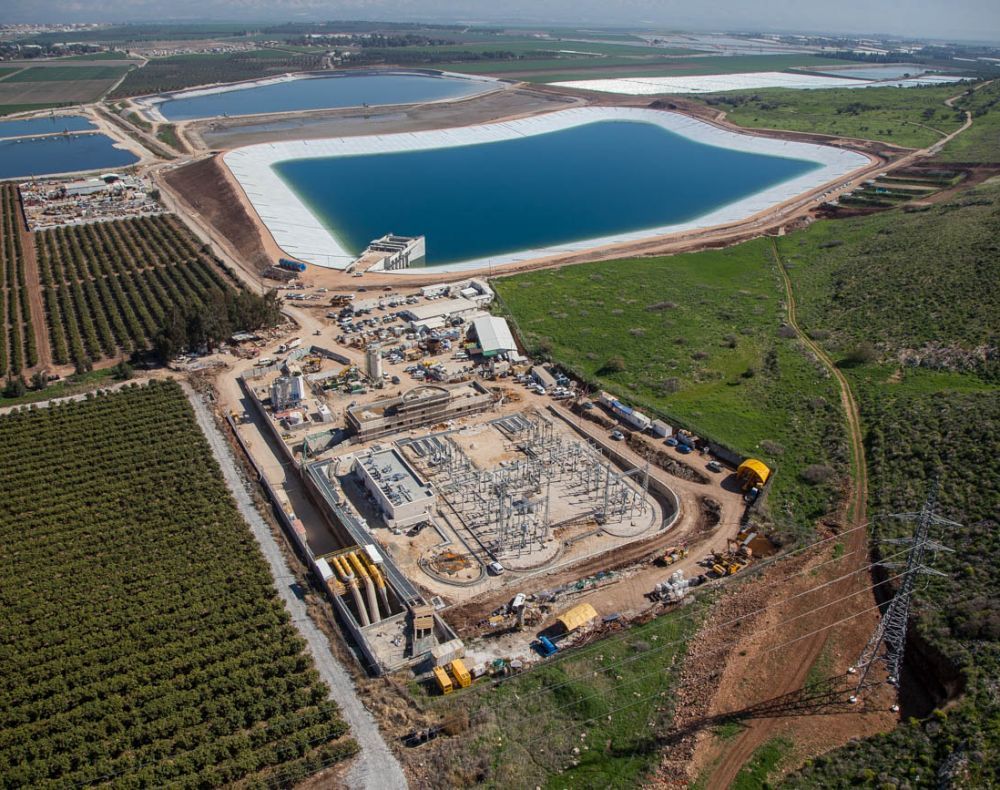 The Gilboa power plant, located 60 km east of Haifa, increases Israel’s installed power generation capacity by 2.5%. It contributes to increasing the reliability of electricity supply and will provide an important tool to control the demand and distribution of electricity. During off-peak hours, pumped storage uses the energy from other power stations to transfer water to a high storage reservoir. In peak hours when electricity is in much higher demand, the stored water is reused to generate electricity. This helps lower the overall operation cost of power production and levels the fluctuating output of intermittent power sources.

Raphael Cohen kindly agreed to speak with SERGI TRANSFORMER PROTECTOR in his office in Tel Aviv and answered our questions related to this noteworthy project.

Could you please describe the Gilboa Pump Storage Power Plant (PSPP), its uniqueness and the importance of this project for Israel?

This PSPP is very important in a country like Israel which is totally independent for its electricity supply and with very important peak of electricity during the day. Electricity cannot be stored, but energy can. The PPSP stores the energy in the form of water that can be released when it is needed.

The Gilboa power plant has contributed to increasing the reliability of electricity supply and has provided an important tool to control the demand and distribution of electricity. The PPSP has two reservoirs (upper and lower) with 2.4 million cubic meters of water in each.

The height difference between the two reservoirs is 574 meters, which gives a very rapid waterfall that generates power thanks to powerful pumpturbines. When the upper reservoir is being emptied, the power plant can supply a sudden power up to 300 MW within 2 minutes, which corresponds to 300 000 air conditioners being turned on at the same time. When the lower reservoir is full, the power plant pumps the water to the upper reservoir where it waits for the next electricity peak to be released.

A particularity of the Gilboa Power Plant is the underground substation. Could you please describe the site?

It is a totally closed area below the mountain, which is a problem that we will discuss later. The power is generated at 15.75 kV, then stepped up to 161 kV which is the main grid voltage of Israel. The 161 kV cables run 1500 meters in the underground power plant until it reaches an outdoor substation that connects the plant to the grid with 2 lines.

This project was the first one in Israel and for this reason it was very important that it is achieved successfully.

How did you know about SERGI TRANSFORMER PROTECTOR (TP)?

At the beginning we didn’t know about SERGI. When we started to design the project, we prepared the specification. There is no other project in Israel with underground transformers.

We were afraid that if any explosion could occur then the whole mountain may collapse, and the project would be gone. So, we put a sentence in the specifications that the precaution and design should be made to avoid any explosion of the transformer but without knowing the solution to use.

Then the Consultant of Electricité de France (EDF) recommended SERGI but at the time we didn’t know what it was.

We sought information about the TRANSFORMER PROTECTOR (TP), and it turned out to be the perfect solution for Gilboa Pump Storage. We were the first to use this technology in Israel and during the EILAT Congress in 2015, I could present the project to the attendees and explain the benefits of the TP as a prevention solution against transformer explosion and fire.

What would be the consequences of a transformer explosion for the power plant?

Due to the risks of transformer explosions, the power station could be destroyed by a blast, the fire would spread through the tunnel and the mountain might collapse. The water could flood the entire underground plant and the generator might blow up. A complete disaster!

Can you explain the reasons why the TP has been installed on the transformers of the Gilboa Power plant?

The reason was very simple. It was to eliminate the risk of an explosion followed by catastrophic consequences like the collapse of the mountain. Besides the protection in case of an internal fault, the TP also protects the transformer from any external fire.

What were the key steps of this project?

We had several meetings between the onshore (SERGI) and offshore partners (ELCO) to clarify and validate the final design, to specify the scope of work for the installation. We also went to Paris for a FAT at SERGI headquarter before shipping of the material to Israel. During the whole process from the technical specifications to the commissioning, SERGI was supervising all the steps. A SERGI engineer came on site during the installation and came back for the commissioning of the TP.

What were the technical challenges of this project and how were they resolved?

As said before, the PPSP of Gilboa is the very first one in Israel, which was a challenge from the beginning. For this reason, it was important to be accompanied by a very good consultant like EDF.

Not only was the PPSP project and TP new to us, it was also new to Israel as it was its first installation in the country. For this reason, the complete support of the SERGI team was very much appreciated and important to make it a full success. Some minor challenges were the following: We had to clarify if we wanted to use the SERGI signal to trip the transformer.

We finally opted for this solution as it is the quickest way to trip a transformer. Many partners such as EDF, ELECTRA, VON ROLL, etc. were involved in the project, which needed good communication and coordination.

As the hydro power is located inside the cavern, we had to find an optimal solution for the gas evacuation through the tunnel.

What do you think of the TP after having them installed on site.

We are very positive about the TP and the safety that it brings to our installation.

Who would you recommend the TP to?

I would recommend the TP to my field, very much, not only for indoor transformers but also for outdoor transformers. A few substations are under design in Israel and all of them are intended to be protected with the TP as a main precaution.

In my mind, the TP cost is highly justified. The consequences of the loss of a transformer would be catastrophic:

Are you planning new projects with the TP?

Yes, we have few substations under design which will be protected with the TP. The first transformers will be: • 1 x 45 MVA • 2 x 180 MVA The Gilboa power plant is the first PPSP in Israel and for this reason a forerunner and a model for the future as other similar projects which are ongoing.